Explore our current and completed projects below. 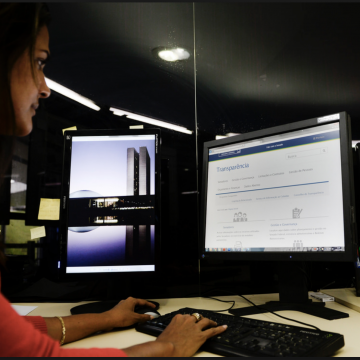 ​Improving the usability of local government ‘transparency portals’ in Brazil

Brazilians rank corruption as the biggest problem facing their country. National scandals hit the headlines around the world, but citizens also feel impotent when it comes to fighting corruption at the municipal level. Two developments have sought to improve municipal government accountability in the past 15 years. First, the Federal Comptroller General introduced randomized audits and published the results on its website—but no such audits have been conducted since 2015. Second, municipal governments have been legally required to publish websites—‘transparency portals’—where citizens can find information about their spending. These are of very mixed quality.

This project will take the form of a large-scale field experiment in Brazil, which will investigate how to improve the amount, quality and usability of information on transparency portals. Previously, the only attempt to improve the portals nationwide involved mailing identical letters to all Brazilian mayors. While this led to on average improvements in the volume of data, 30% of the portals provided less information at the end of the study period than they did at the beginning. By randomizes different treatments, this project seeks to achieve large improvements of that—and to deliver clear, policy-relevant advice.

Funding: The Lemann Foundation and The Global Challenges Research Fund 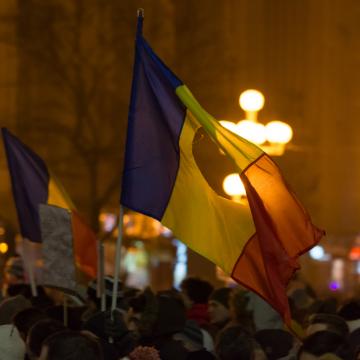 Romania is unusual in having a National Integrity Agency (ANI) as well as a national anti-corruption agency. But what does this add? The ANI gathers wealth and interest declarations of public officials and investigates red flags in three categories of potential misconduct: incompatibility, conflict of interest and unjustified assets.

This project is investigating how different public institutions in Romania act on information about their employees that is supplied to them by the ANI—and how this ends up affecting public trust in the institutions and their robustness to corrupting influence over time. 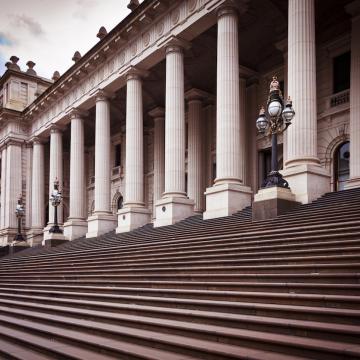 Trust, Distrust and the Legitimacy of Government

In 2017, the Edelman Trust Barometer declared that ‘trust is in crisis around the world’. Trust in government has collapsed to record lows, precipitating populist events around the world. In public discussion, this distrust is thought to be so worrying because it corrodes the very legitimacy of government, even if democratic. This intuition, however, goes unexamined in political theory. This project fills the gap, providing the first general theory of how trust and distrust condition our obligations – to each other and government. It transcends disciplinary boundaries, drawing upon sociology, psychology, law and political science. 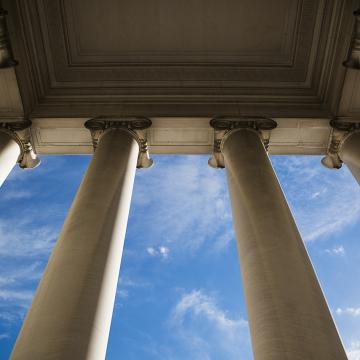 The basic empirical claim of the Building Integrity Programme is that the components of the concept of ‘public institutional integrity’ are the rational basis for individuals to trust institutions. This project tests that hypothesis through a survey experiment about hypothetical institutions. The survey experiment will be distributed to a representative sample of the Brazilian population to facilitate general claims about the drivers of public institutional trust where there is little to speak of at present.

Funding: The Lemann Foundation and The John Fell Fund 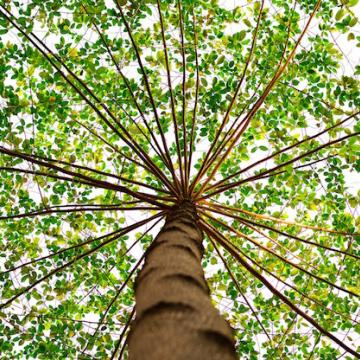 By analyzing the case of Chile, this project proposes a revised theory of separation of powers with a fourth branch of government that exist alongside the Executive, Legislative and Judicial triad. It surveys the literature about how institutions such as anti-corruption agencies, comptroller generals, ombudsmen, election commissions and so on exert different types of control on the other branches—and considers whether they form a fourth branch.

Chile’s comptroller general enjoys and almost unique institutional position and role. It has an unprecedented amount of power compared with all other comptroller generals in Latin America, and perhaps the whole world. It works in some ways like an administrative tribunal, and it has been expanding its jurisdiction to matters of efficiency and anticorruption. This project will analyse how Chile’s comptroller general acts in relation to the three branches of government, and how those within it and outside it understand its role. The goal of this work is also to develop ideas about how the Chilean model can help us redefine integrity institutions, their role, and their status in modern constitutional democracies. 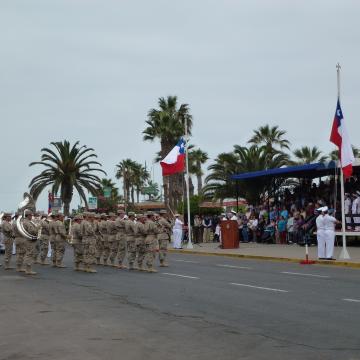 This project seeks to explain how changes to the Chilean Army over a 15-year period gradually raised public trust in the institution. It does this by tracking improvements in the components of public institutional integrity through time.

During the 70’s and 80’s, Chile was ruled by a military dictatorship, which drew on the army and military police to harass, torture, and murder citizens. When democracy arrived at the beginning of the nineties, the Army naturally went through a crisis of legitimacy. But gradually an institutional transformation took place that created a modern army, fit for the democratic context. Nonetheless, as this research project explores, not all components of institutional integrity were adequately addressed through the process of institutional reform, which left the army vulnerable to a corruption scandal that became known as Milico-gate. 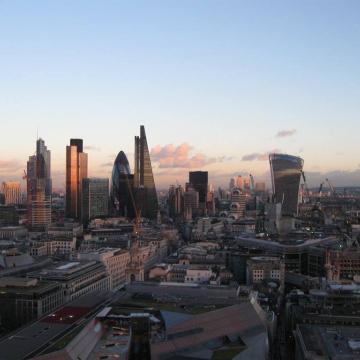 Future of the Corporation: Do Corporations have a Duty to be Trustworthy?

Since the Global Financial Crisis in 2008, there has been a broad view that corporations are facing a ‘crisis of trust.’  This crisis has not merely had direct negative economic impacts, but is also thought to be contributing to the broader destabilisation of many political economies, seemingly legitimising populist and reactionary sentiment against ‘elites’ and ‘big business.’Given this putative crisis, therefore, there is a feeling that something specifically about trust and trustworthiness simply ‘ought to be done.’ However, it is one thing to believe that something ought to be done, and another to determine what precisely ought to be done, who ought to do it, and who in particular should bear the cost. After all, acting to resolve some aspects of this crisis of trust may be individually – and socially – quite costly. It may compromise profits. It may even compromise overall market efficiency.This research explores when, if ever, corporations have a moral duty to be trustworthy (rather than necessarily a legal one); to bear the cost of such trustworthiness; and hence to play a part in resolving this crisis. Such a duty will not only reflect when other parties have a moral right to deal with trustworthy corporations, but also where the state and other social actors have strong reason to protect such rights and enforce such a duty through laws and other incentives.

Output: Research Paper: 'Do Corporations Have A Duty To Be Trustworthy?' and additional research paper forthcoming. 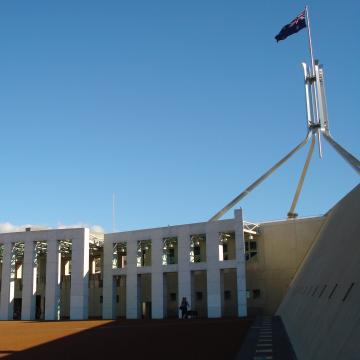 Reviewing the Integrity of the Australian Public Service

The Australian Federal Government has established a root and branch Independent Review of the Australian Public Service (APS), reporting in 2019. As part of its activities, it has commissioned Dr Nikolas Kirby, Director of the Building integrity Programme, under the auspices of the Australian and New Zealand School of Government (ANZSOG) to evaluate the public integrity of the APS. Co-written with Simon Webbe, the report aims to define the meaning of ‘public integrity’ for the APS and its importance. It evaluates the APS's current integrity performance, assessing strengths and weaknesses. It also explores five key topics: the contracting out service delivery; expectations of government that the APS is to be more engaged in the delivery of infrastructure; effectiveness of key integrity institutions; use of technologies; and whistle-blower arrangements. 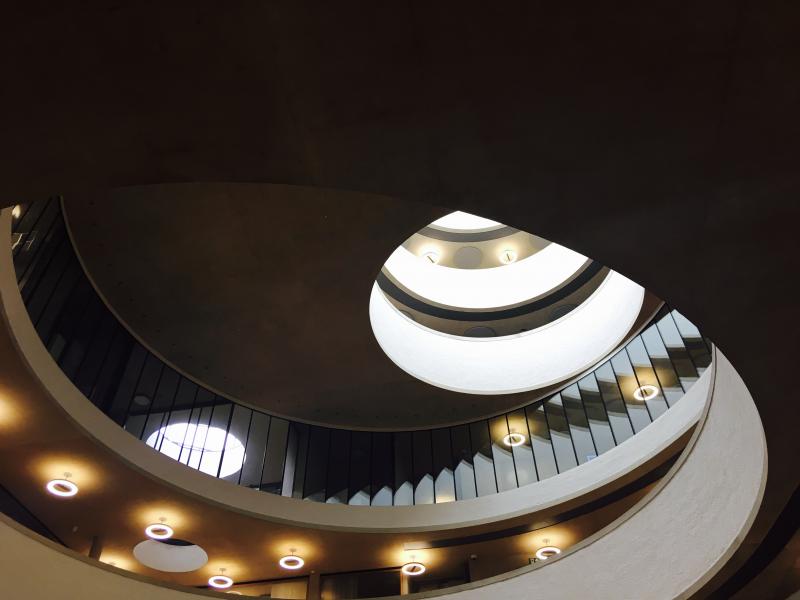 Building a Concept of Public Integrity

The initial project of the Building Integrity Programme was to develop a working definition of ‘pubic integrity.’ It involved three four elements: first, an interdisciplinary literature review of current conceptions of public integrity; secondly, a substantive academic paper arguing for a particular conception of public integrity to ground the work of the Programme; thirdly, a shorter summary document for more general circulation; and finally, a high-level workshop funded by the ESRC, bringing experts in anti-corruption and integrity to critique the Programme’s conceptual work.