On Twigs and Branches

On Twigs and Branches

In this piece, Sergio Giuliano reflects on the existing branches of government, and advocates a fourth function of the State, focused on public integrity. This piece is a translation from spanish; the original has been published in a new book entitled 'Ideas for the Argentina of 2030' which gathers the contributions of 50 young professionals born after the return of democracy in the country.

From an early age we learn that the State has three branches: the legislative, the executive, and the judicial. We are told that it is important to keep them separated because that is how we avoid governmental abuses of power. But, if that is the justification, why do we have those branches? And why do we have three and not two, or four, or five? We have grown accustomed to it so much that we take for granted an institutional design from the 1700s even though today we have a much different and complex world. This world is reflected in our State structures, considerably bigger and with unaccountable functions in comparison to those that they bore at the time this holy trinity was conceived. It seems advisable, at least, to go back over the theoretical basis of this design so as to rethink it today. 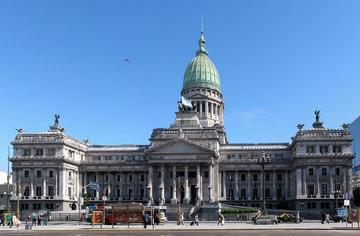 Let us begin by briefly describing what the ‘separation of powers’ is supposed to be. It is a principle of political theory and constitutional law rooted in the republican tradition of the Enlightenment. According to this principle, there must exist a qualitative division between the different governmental functions to avoid the concentration of power and the subsequent violation of individual rights. Such a separation is qualitative because we identify the three central functions of a State and we assign them to three different institutional branches.

With this description we can see that the separation of powers as it exists today has two justifications. The first one is avoiding the tyrannical exercise of power (let us call it the “anti-abuse” justification), and it has its base in two aspects: (a) the division of power (all power cannot be in the hands of the same people or group of people), and (b) checks and balances (power must control power, or as Madison said, “ambition must be made to counteract ambition”). But, even though this first justification explains the what, it only explains part of the how. That is, we know that we have to divide power and that whatever that division is we have to give those branches tools to check the others. But we still do not know the particular branches in which we will divide power. It is here where the second, less explored, justification of the separation of powers comes into play.

This justification is the separation of powers stricto sensu (let us call it the “functionalist logic”) according to which we separate power in the central (core) functions of the State whose exercise must be autonomous. According to this justification, powers must be functionally separated to guarantee an articulated governance. Each one of these functions is fundamental and must be exercised with expertise and independence. Thus, today, a modern State must be ruled by general laws that are previously sanctioned by one branch (ex ante) so that people can act according to them; said laws must then be executed by another branch that is in charge of public policy and the details of their application; and finally they must be impartially and independently interpreted in specific cases (ex post) by the final branch.

Now, are these the only functions of our modern constitutional democracies? Today, constitutional democracies have anti-corruption agencies, comptroller generals or general auditors, ombudsmen, agencies of public information and transparency, and other bodies that seem to fulfill functions that do not fall easily into any of the three traditional branches. In Argentina, for example, we already have two institutions that are as autonomous and as independent as the three other powers, and constitute their own branch of the State: the Public Ministry, which contains all public prosecutors, who act under the General Prosecutor, and all the public defenders, who act under the General Defender. Further, whilst the other aforementioned institutions, also present in Argentina do not have such autonomy and independence, they are currently structured like awkward ‘twigs' extending from the other branches. For example, the Anti-Corruption Office and the recently created Agency of Access to Public Information are within the purview of the Executive; the General Auditor of the Nation and the Ombudsman are within Congress; and the National Electoral Chamber is one more jurisdiction within the Judiciary (all of them with higher or lower degrees of independence).

I believe that a better way of thinking about all these types of institutions is as institutions of control, fulfilling a specific fourth function of the State, which is separate from all the others, and that is Public Integrity. The idea of ‘integrity’ should be understood in a broad sense as a concept that of course encompasses matters such as anti-corruption and transparency, but goes beyond, covering matters of efficiency and good governance. All these aspects consolidate the people’s trust in the State and therefore, in part, contributes to its legitimacy. 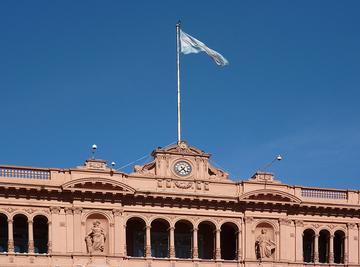 Recognizing this fourth function of the State should bear two consequences: (1) the need for these institutions to have the status of a branch of the State (especially in terms of independence,but also in terms of checks and balances); and 2) thinking which institutions fulfill this essential function and how they should be configured. Is this the right methodology to think of a new separation of powers? How many twigs make a branch? How should we re-organize these twigs institutionally? How to think on new ones? Furthermore, is this the State function that encompasses them all, or are there other functions and more than one branch to consider? The second point leaves us with more questions than answers. However this does not excuse us from committing to the course of inquiry it proposes.

There is an aspect that seems quite evident. We keep adding institutions to our institutional scaffolding that bears the same 200-year-old meta-structure. It seems hard, however, to solve the problems of the twenty-first century with the institutional technology of the eighteenth. Leaving behind that intellectual lethargy and rethinking the separation of powers is, without a doubt, one of the many institutional debates that we owe ourselves for the Argentina of 2030.

Sergio Giuliano is an Argentine lawyer with an LLM from Yale Law School and an alumnus of the Blavatnik School of Government (MPP 2017). He specialises in constitutional law and international human rights law and is currently an Associate Human Rights Officer at the United Nations Office of the High Commissioner for Human Rights.